Chapter: The World We Live In

If the shark in the movie Jaws (1975) made you afraid to go into the water, just imagine running into Bruce. He could eat that shark for lunch.

Bruce is a tylosaurus pembinensis, part of the mosasaur family. He is the proud holder of the Guinness World Record as the world’s largest publicly displayed mosasaur. Located in the Canadian Fossil Discovery Centre in Morden, Manitoba, he measures more than 13 meters (approximately 43 feet) in length.

Bruce lived during the late Cretaceous period, approximately 80 million years ago. He swam in a deep-sea environment with numerous other marine reptiles. This ocean was called the Western Interior Seaway and it split North America into two parts. The Seaway spanned from the frigid waters of the Arctic Ocean to the warm currents of the Gulf of Mexico.

The skeleton was discovered in 1974, northwest of Morden, and its excavation took two seasons of field work. Remarkably, the skeleton was reasonably complete with 65-70% of the original bones. 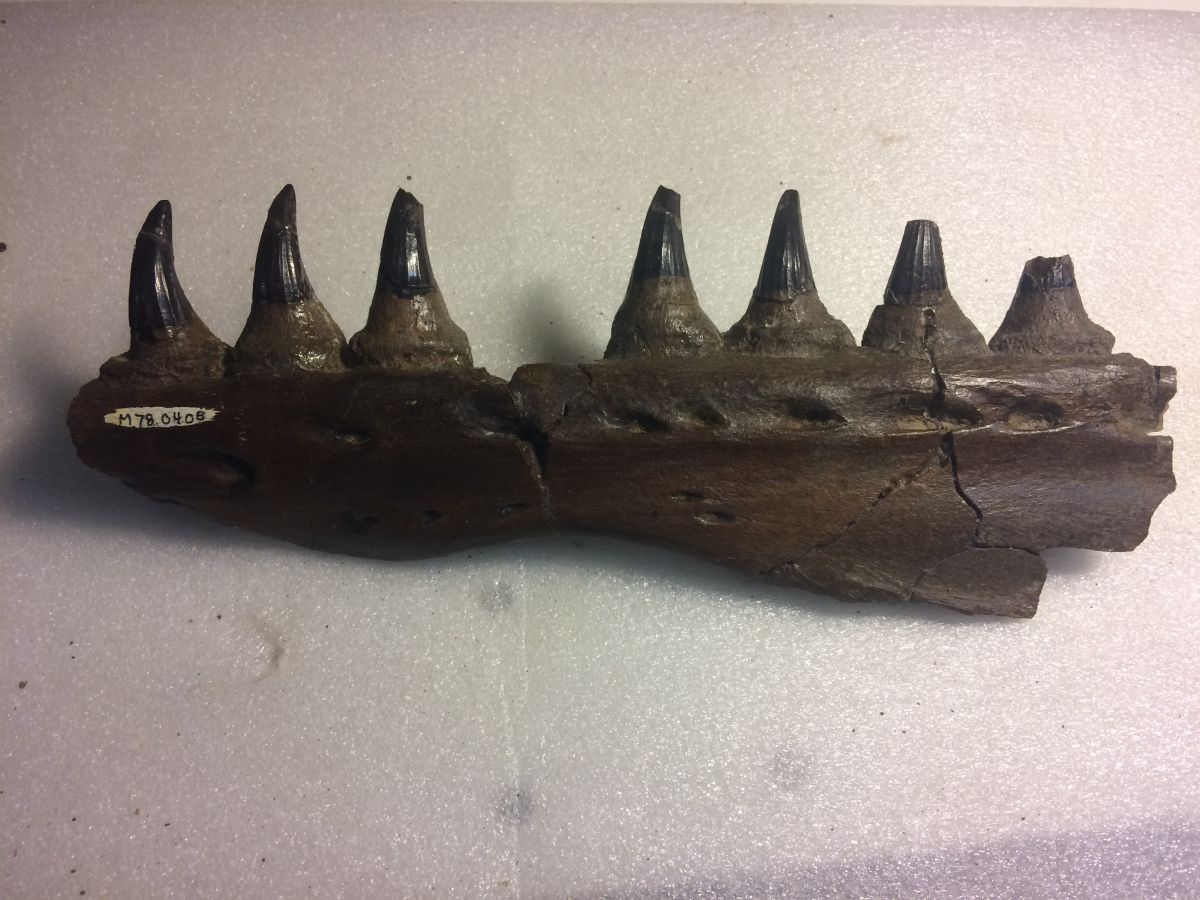